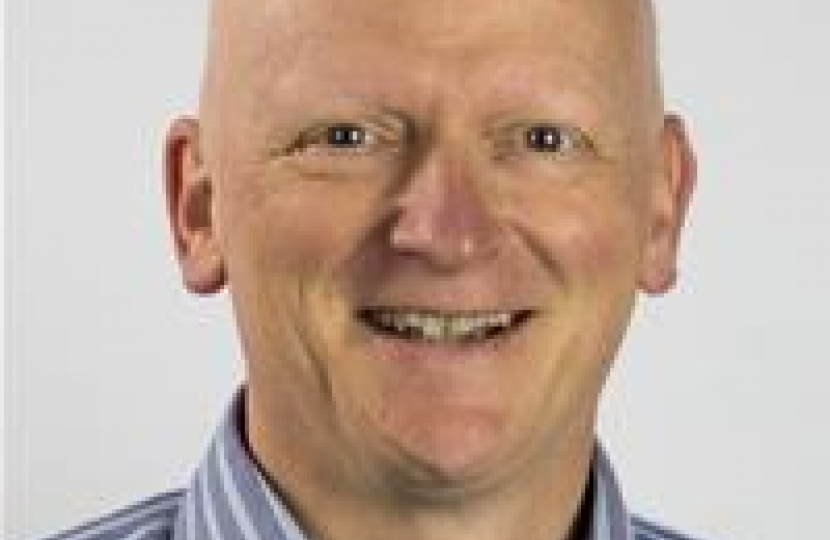 After more than 21 years serving West Berkshire’s residents as ward member for Lambourn, Graham Jones, Leader of the Council has announced that he shall not be standing at the next election in May.

His departure will come as a surprise to many, but Graham is looking forward to new challenges in pharmacy as well as the opportunity to be able to travel more extensively.

His current term as Leader of the Council came in response to the tragic loss of Councillor Roger Croft last year.   However, he is not new to the role of Leader and served between 2005 and 2012. He will continue until the local elections in May with the full support of the Conservative group.

Graham first stood for election in 1997 where he won a seat in Lambourn for the Conservatives; a seat which he has held at every election since.  He is also a well-known figure in Lambourn being local business owner of his pharmacy in the heart of his ward.

Graham is a keen cyclist, a hobby he hopes to spend more time pursuing and in 2010 cycled to Paris to fund raise for the children’s centre Swings and Smiles, followed in 2012 by cycling each West Berkshire Parish in a single day covering 135 miles for charity.

‘It is with mixed feelings that I have decided not to seek re-election in May but I am pleased to have played my part in shaping West Berkshire over the past 22 years.

‘Whilst West Berkshire, like many local authorities, has faced enormous financial pressure in the wake of the central government cuts to budgets, I have always sought to do the very best that I can for my constituents and the residents of West Berkshire.  I genuinely believe that the district has a developed an even stronger identity and will continue go from strength to strength.

‘I shall miss working with my council colleagues and I particularly want to thank the staff and officers at West Berkshire Council for their support over my time as Councillor and Leader.’

‘Graham has served the community over the last twenty plus years, as he continues to do now, with huge dedication, integrity and passion for the residents of West Berkshire; he has always been a tremendously hard working Councillor.  He has a stable and consistent approach and this has made working with him a pleasure.  I’m sure my fellow Councillors will join with me in thanking him for his dedication to the district.  We shall miss him very much.’